WHAT GETS DECIDED IN DIVORCE – CHILD CUSTODY

Every divorcing couple has the option of discussing, negotiating and resolving all of the issues in their divorce before they ever go to court.  They can do this themselves or with the help of legal, financial, and counseling professionals.

Working to resolve these issues outside of the court system results in an “uncontested divorce.” An uncontested divorce allows couples to resolve issues in a non-adversarial, non-court driven process and then simply “notify” the court of their agreement by filing the required divorce paperwork.  The court will then grant them a divorce.  For couples who cannot reach a negotiated or uncontested settlement of their divorce issues, filing for divorce will set in motion the process for allowing a judge to decide these issues.

Whether you have decided to work toward an “uncontested divorce” or find yourself headed down the road of a contested, also known as a litigated, divorce you should understand what the court will have the power to decide and how those decisions will be made.  This knowledge will give you the power to negotiate a fair resolution.

The judge has the final say on all matters regarding custody in divorce.  If the judge decides issues of custody in your divorce then he or she will determine what custodial arrangement is in the best interest of your child or children.  If you and your spouse agree on custody issues then the court will review that agreement and, in some rare instances, might reject your agreement as not being in your child’s best interest.  Georgia law requires specific physical and legal custody issues to be addressed in a parenting plan which is submitted to the court as part of the divorce.

Georgia law provides that the court must decide the child custody and parenting time arrangement that will best promote a child’s welfare and happiness.  The court can factor into its decision any information presented by the parties if the court finds that information to be relevant to the issues of child custody and parenting.  Georgia law provides a list of factors that the court can consider and these provide excellent insight into what sort of issues will be most important in the court’s decision.  These factors include, but are not limited to:

Physical custody is the right to have physical control over and responsibility for your child.  During your parenting time your child will stay in your home, you will be responsible for getting your child to school, you will feed and clothe your child, etc.  It is important to remember that the terms of joint or primary are not value judgments but are words to describe the balance of parenting time given your particular circumstance.

What is Joint Physical Custody?  Most parents want to feel like they have equal access to, or custody of, their child.  This is commonly referred to a having “joint custody” of a child.  The legal term “joint custody,” however, is used in situations where parents have roughly equal parenting time with a child.  Joint custody is possible is some but not all situations and must be in the child’s best interest.

What is Primary Physical Custody?  There are many situations in which an equal split of parenting time is either not feasible, such as in families where one parent travels extensively for work, or not in the best interests of the children, such as in families with very young children, so joint custody is not appropriate.  In these situations one parent might have physical custody of a child greater than 50% of the time and, therefore, would be awarded “primary” physical custody of that child.

In situations where parents share legal custody of their children they are expected to work together to make important non-routine, non-emergency decisions for their children.  Because agreement can sometimes be difficult to reach and decisions have to be made, your parenting plan must contain a mechanism for making final decisions regarding your child’s non-emergency, non-routine health care, extracurricular activities, education and religious upbringing.  Divorcing couples are free to negotiate who has final say on which issues and can agree to any arrangement they find suitable.  Courts often split these areas evenly between parents.  Parents can agree that a third party will make final decisions in one or more area.

Below is what is required to be included in a parenting plan.  As this list illustrates, the court needs to know who will be responsible for your child or children each day of the year and who will have the final say about big issues.  You can also download a sample parenting plan for Fulton County.

(B) A recognition that the child’s needs will change and grow as the child matures and demonstrate that the parents will make an effort to parent that takes this issue into account so that future modifications to the parenting plan are minimized;

(C) A recognition that a parent with physical custody will make day-to-day decisions and emergency decisions while the child is residing with such parent; and

(D) That both parents will have access to all of the child’s records and information, including, but not limited to, education, health, health insurance, extracurricular activities, and religious communications.

(E) Unless otherwise ordered by the court, or agreed upon by the parties, a parenting plan shall include, but not be limited to:

(1) Where and when a child will be in each parent’s physical care, designating where the child will spend each day of the year;

(2) How holidays, birthdays, vacations, school breaks, and other special occasions will be spent with each parent including the time of day that each event will begin and end;

(3) Transportation arrangements including how the child will be exchanged between the parents, the location of the exchange, how the transportation costs will be paid, and any other matter relating to the child spending time with each parent;

(4) Whether supervision will be needed for any parenting time and, if so, the particulars of the supervision;

(5) An allocation of decision-making authority to one or both of the parents with regard to the child’s education, health, extracurricular activities, and religious upbringing, and if the parents agree the matters should be jointly decided, how to resolve a situation in which the parents disagree on resolution;

(7) If a military parent is a party in the case:

(i) How to manage the child’s transition into temporary physical custody to a nondeploying parent if a military parent is deployed;

(ii) The manner in which the child will maintain continuing contact with a deployed parent;

(iii) How a deployed parent’s parenting time may be delegated to his or her extended family;

(iv) How the parenting plan will be resumed once the deployed parent returns from deployment; and

(v) How divisions (i) through (iv) of this subparagraph serve the best interest of the child.

For advice about how child custody rules might apply in your divorce we suggest you contact an Atlanta attorney who can address your situation.

Back to All Expert Advice 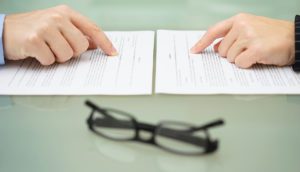 Alimony, and divorce law in general, is very fact driven and litigated outcomes are impossible to predict. Understanding how alimony 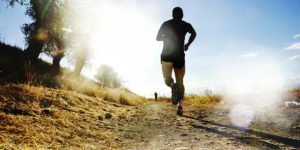 How to Have a Modern Divorce

A Modern Divorce is grounded in the present and focused on the future. A “modern” person advocates or practices a 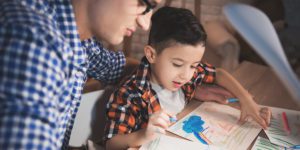 How to Determine What is Fair in Divorce

How do you negotiate if you don’t know what is fair? First and foremost, if you and your spouse can 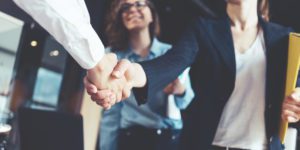 When you were married, the state issued you a marriage license. And when your divorce is complete the state will

What can we help you with today ?